Select a Community or

Thank You to Our Local Heroes

A sincere thank you was extended to firefighters who battled the summer’s Mt. Hicks wildfire at a dinner on Friday, October 12th.

Members from Kent Harrison Search and Rescue, Agassiz, Popkum, Harrison, Seabird and BC Wildfire were invited to the buffet-style dinner at the Agassiz Seniors Community (formerly Cheam Village) where community members got a chance to thank the crews for their hard work fighting the hill-side blaze.

“You all stepped up and you all did your part,” said District of Kent Mayor John Van Laerhoven in a speech. “On behalf of the community, I applaud your teamwork. You did what was required to bring a potentially dangerous situation under control and to a successful conclusion. We thank you. The residents who live on Kamp Road thank you and are appreciative that you were there and had their backs.”

On Aug. 8, a truck towing a trailer with a busted tire ignited the dry forest floor near Mt.Hicks. Within hours the fire had moved up the side of the mountain and out of the control of first responders who arrived possibly only minutes too late.

As the fire spread, the most imminent risk was to properties along Kamp Road – the northernmost home was only one or two kilometres away from the edge of the fire that was, at that time, upwards of 340 hectares in size.

“We were on Kamp Road and the fire was kilometres away but we could still feel the heat of the fire coming right at us. That was an intense moment…” recalled Agassiz fire chief Wayne Dyer.

Local crews, alongside BC Wildfire Service, battled the blaze throughout August, working to keep it contained and away from nearby homes and the Seabird Island community. That meant setting up containment lines and around-the-clock monitoring and communication between the various teams.

And by the end of the month, the fire was mostly contained. Nobody had been harmed and no properties had been damaged.

“It was one of those things you really hope never happens again in this community,” Dyer said. “One was enough for me. Kudos to our fire department and all the first responders that showed up…”

Barbara Brown, a resident of Agassiz Seniors Community, stood up to thank the crews.

“We want you to know that when you were fighting the fire, we were praying for you each day – for your safety, for your endurance and for your good health,” she said.

Shirley MacLennan, site leader for Agassiz Seniors Community had been on the job a month when the wildfire started. The fire was quite a distance away, but she created an action plan just in case.

“We have a large population of very vulnerable people,” she said. “Once the threat was gone and the fire was contained we thought, what can we do to give back? How can we thank these guys?”

She said a dinner seemed like the perfect way, and the community, including Park Place staff, jumped at the opportunity to help out.

Friday night’s food was donated by a number of Park Place vendors including some local vendors such as Agassiz Super Valu and Cabin Fever Junction. A huge number of local community businesses and organizations, including the District of Kent and Village of Harrison made contributions for gift baskets to be drawn for fire crew members.

MacLennan was thrilled that so many contributed.

“This is not just us, this is the community giving back.” 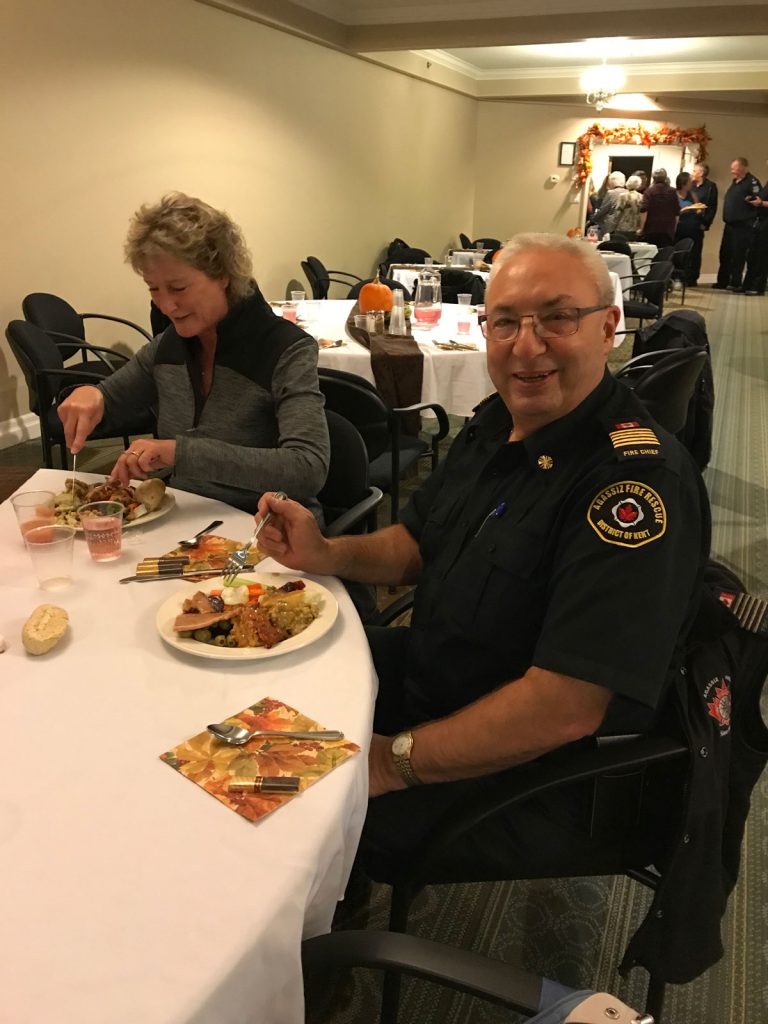 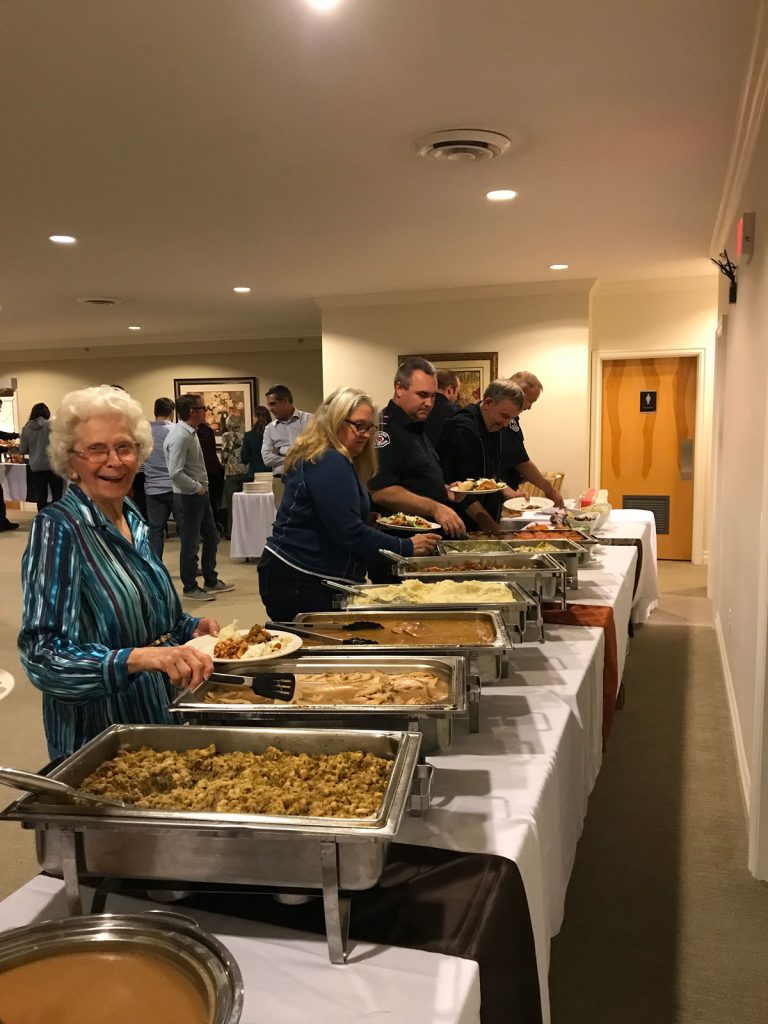